Whip It! Whip It Real Good! 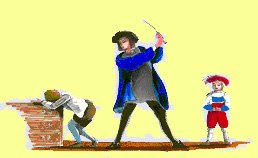 Obama has a new whipping boy - the GOP's , Eric Cantor (R - Virginia). The 45-year-old Virginia congressman came to Washington in 2001, and by last year had been unanimously elected Republican Whip, under Minority Leader John Boehner.

Whenever Obama needs to blame someone for his inability to pass his new socialist agendas, he just whips Cantor like a red-headed stepchild.
Posted by Voice of Reason at 9:02 AM