Going back to his "Old Playbook" - Rules for Radicals 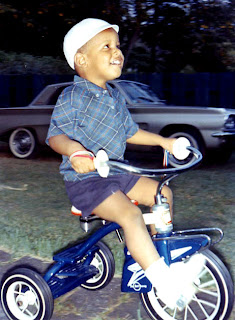 Barry appears to be that kid who always got teased on in the playground. When he finally grew up, Barry continues to "keep score." Forever trying to make up for lost ground from being taunted as one of the "uncool" kids.
This scenario is unfolding within the Obama Administration. But this time, Barry is keeping score against his very own - the Democrats.
The kid that got bullied as a junior senator from Illinois, is becoming the bully. He won't take NO for an answer and is keeping score against those that do - using the same old tactics from the tattered playbook of his mentor, Saul Alinsky, the radical Chicago community organizer.
Members of Congress should be very worried about how Barry is "keeping score." He is steeped in the ways of Chicago politics. Now, Barry, that's the Chicago Way!
Alinsky's 1971 book, "Rules for Radicals," is a favorite of the Obamas, even Michelle quoted it at the Democratic Convention. One Alinsky tactic is to "Pick the target, freeze it, personalize it, and polarize it." That's what the White House did in targeting Rush Limbaugh, Rick Santelli and Jim Cramer.

Side Note: The president's press secretary, Robert Gibbs, went so far as to lash all three from the White House press podium.
How Pathetic. Let's grow up already, Barry.
Posted by Voice of Reason at 8:57 PM